Moderators with their own marketing agenda can turn social media into what seems like a rigged game, but the power of the position can also backfire harshly  when conflicts of interest are shown and the scam is revealed.

If you’ve ever tried to get your favorite story or link of the day on to the front page of a social bookmarking site, you probably know the importance of having some strategic alliance with so-called power users.  The only thing better than working with a popular user would be to become a moderator of the service yourself.  While all of these sites primarily sort and rank submissions based on votes, there are also a lot of things that moderators can do behind the scenes to influence the elections…  even deleting submissions and banning users that compete with their own financial interests.

Reddit has been my favorite place for debate over the last few years.  There aren’t a lot of places online with really good political debate that aren’t entirely biased toward one party or the other, so this place ends up becoming one of my top unproductive online hobbies.

Anyway, not long after I joined up they started to divide topics in to subreddits so people could better customize their top stories page or just focus on one specific thing they’re interested in.  Sounds like a great idea, but they also decided this would be a great time to introduce moderators for each subreddit – someone who could be responsible for deleting offtopic and spammy submissions.

Unfortunately, this gave the mods a lot of power to decide what goes up to the front page – and there wasn’t really any check or review on this power unless a subreddit had multiple moderators.  Of course, that’s like trusting the CEOs and politicians to “self-regulate” and just do the right thing!

So anyway, this last weekend someone put2 and 2 together and realized that one of Reddit’s most active moderators is also actually an online marketing professional whose LinkedIn profiles and resumes brag about social media influence and the ability to drive large amounts of traffic through viral marketing methods. 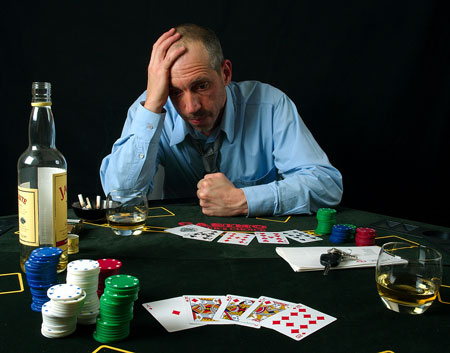 Pride (and power) Before aFall

Of course, as a moderator, Saydrah was able to submit dozens of links in a short amount of time – without ever running the risk of getting caught by the “invisible” filter that so many other legitimate users get stuck in.  I’ll have to write about the way this filter works more later, because its a particularly ingenious (and diabolical!) way to deal with spam.  Its incredibly effective, but its a little bit scary and chilling as well.

Anyway, Saydrah easily got close to 100,000 karma (or net “upvotes” minus “downvotes” from other members) with her linked submissions, and when you start to think about the viral nature of backlinks from social bookmarking sites you can easily imagine how this kind of positioning gave her the power to build hundreds of thousands of backlinks over the last year or so.  Literally, the power of moderation here is like the power to assign pagerank to any domains and pages you want, and people started to notice the trend of links pointing toward cute animal pictures hosted on SEO sites.

Well guess what, no one likes getting tricked and the backlash against Saydrah was immediate.  People hunted down her personal information and her employers’ contacts, and they set out to attack her personally and professionally.  Now I don’t agree with what she did necessarily because the conflict of interest is a real ethical no-no, but the lesson I see is that the punishment may be even worse than what she deserved.

I can imagine that it would be kind of difficult to get future work in online marketing with that kind of following of people who hate you!

Learning from her mistakes

There are basically two important lessons here.  Be honest, and avoid powerful positions that create obvious conflicts of interest.

Sometimes I write up my own political rants and submit them off to Reddit.  The sites aren’t blatantly commercial, but even when someone does complain about the ads pushed off in the corner I’ll own up to the fact that my time and hosting isn’t free.  Unless you’ve got those autoplaying audio/video ads, ridiculous popups, broken up content, or annoying flashing animation, people are fairly tolerant of an advertisement or two.   Just be honest and up front if the topic of commercial interest comes up.

If you’re in a position where you feel like you can’t fess up to your financial interests, then you’re not in a very good position!  I wouldn’t submit these political essays if someone could dig up some ties to a political party or politically active corporation, much in the same way I wouldn’t subject an affiliate product sales page to the scrutiny of a social site like Reddit or Digg.  People just have a sense about phonies and hacks, and its better to not even test it in a place where you might tick off an angry mob.