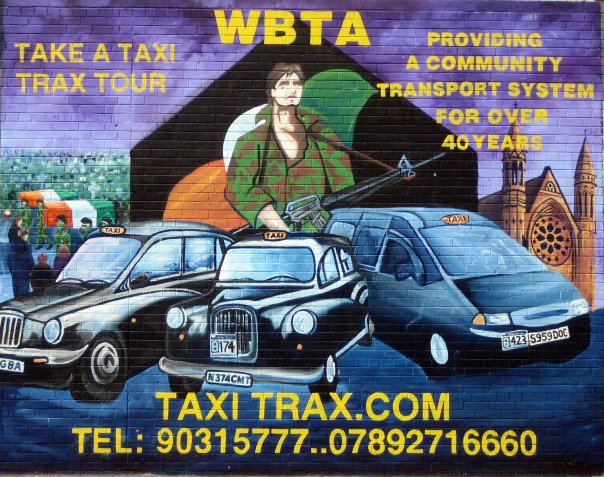 From across the pond in Ireland, I’ve got an example of advertising with controversy that would never make it past an American PR firm obsessed with political correctness and a pristine reputation.  This Belfast taxi company isn’t exactly taking the safe route with their campaign.

Not only is the image itself controversial, let me provide some context of the neighboring murals that share a wall with this advertisement: 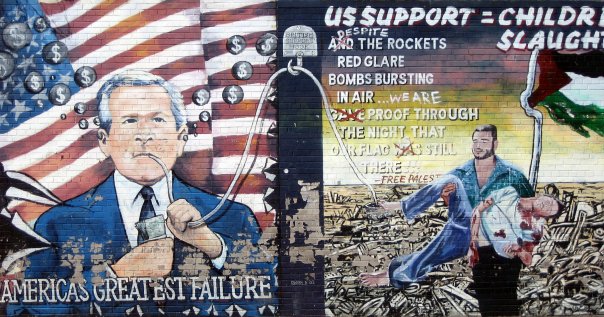 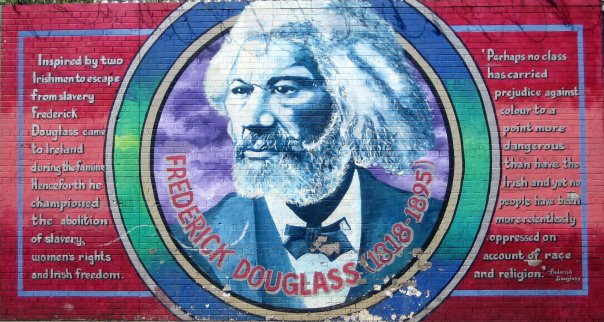 A lot of companies wouldn’t want their brand next to a hotbed of political debate, and most companies probably don’t want to associate their service with gun-toting paramilitaries and riots.

Then again, if these guys can deliver a cab in the middle of a social uprising, maybe they can actually get me to the airport on time…  And hey, if they were an active part of the city’s history, maybe they are the best ones to go to for a tour…

Hey, maybe their cabs weren’t involved at all.  I can’t find the history document at their website anymore and all the evidence I’ve got to show you is a public mural designed to evoke nationalist pride and influence your taxi-related decisions. Oh, and a few recommendations from “knowledgeable” locals who swear these guys can deliver your men through any kinds of troubles.  I just can’t help but think, is there a better way to brag about your transportation capabilities?  (I’m sure ExtremeJohn has a few ideas in this niche, at least when it comes to advertising for the Tampa limo market)

American companies often face backlash if there’s anything that could be construed as controversial in their advertising, yet some of the most successful media campaigns have pushed those limits.

As we bring our companies to the web – and by extension, the world – American companies may need to realize that not everyone shares a Puritanical aversion to a bit of controversy.  Obviously, you don’t want to blatantly alienate your more sensitive potential customers, but you need to remain memorable in an ever increasingly crowded market.  Bloggers seem ahead of the crowd, knowing that you have to call out the jerks to keep things running well.

Whether it creates outrage or amusement, controversy is definitely one of the strongest ways to get someone to remember your brand.