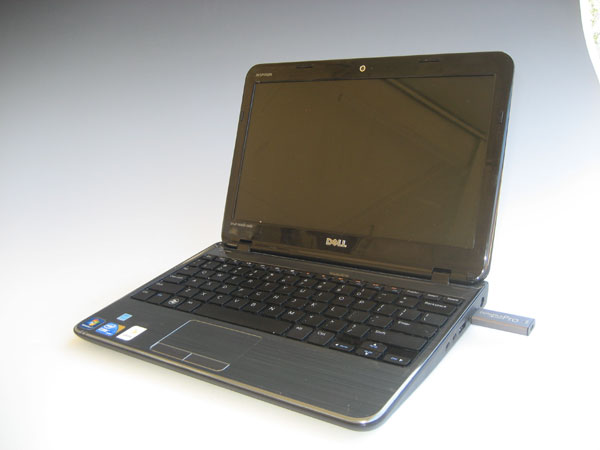 If you’re looking for a cheap laptop to go along with a nationwide data plan, you might have come across the Dell 11z being offered through Sprint. With a two-year contract for 3g/4g service, you can pick up this little netbook style computer for about $150 up front and another $60 per month (actual rates may vary due to regional differences and various promotions.)

But… even at such a low price, is it worth it?

The first thing you’ll probably notice about the 11z is how incredibly light-weight it is. Unfortunately, that initial reaction might also be one of the last good things I can find to say about it.

As far as performance goes, it manages to run web and office applications – slowly.  Just forget about any games or media editing!

By the tech specs it sounds decent – and as far as portability it is actually pretty good. The laptop is small and light, but the monitor and keyboard are just large enough to avoid any strain and squinting.

From there, though, things just get worse.

On bootup, about 3/4s of the RAM is consumed by Windows 7 and Sprint’s various connection software. What is left is just barely enough to run a Chrome browser or Excel Spreadsheet, but you’re going to run in to slow performance if you try to do both at once.

The mouse / touchpad is extremely moody. If you hover over a link for to long, it might decide you actually wanted to click on it. If you accidentally put a second finger on the pad, it assumes you want to rapidly scroll through pages of content faster than the processor can render them. 90% of the time I use the computer, I have to use a USB mouse to avoid the frustration that comes from the shoddy touchpad. This helps drain battery power, and the three hours you get with optimum usage isn’t exactly generous to begin with.

The next problem relates directly to the internet connectivity of the device. The network card is pretty small, so Sprint had the brilliant idea of running their 4G WIMAX radio on the same part of the card that handles Intel’s WiFi technology. Sprint also decided that their 4G connection should always have priority, so every time you boot it up it will disable your local WiFi connection and attempt to connect to the 4G network. If you are in a place with 4G access that is fine, but when you’re at home and wanting to use a faster home network it can be frustrating to constantly change the settings. As far as I can tell, there’s no way to disable 4G by default through either the Sprint Connection Manager or Windows Networking.

The keyboard isn’t very fun to work with, either. All of the function keys from F1 to F12 double as settings controls. For example, F1 changes display settings, F2 disables all wireless (why would you want that?), and the others change display brightness, sound volume, or disable your touchpad. To actually use F1 as F1, you’ll need to hold the Fn key down, but the small size of the keyboard makes unhappy accidents all too common. Oops, there goes the internet connection (again)!

For me, the biggest let-down is how poorly the keyboard actually functions. I’m not sure if I got a total lemon or what, but my caps lock key seems to be triggered by every key on the left side of the home row. W, Q, and A are particularly bad at toggling caps lock, so it becomes almost impossible to type in case-sensitive passwords without the optional on-screen caps-lock notification utility. There are a few times the frustration from this error has tempted me to toss the thing out the window – but it is so light it would probably just bounce back to spite me once more, upside the head!

Finally, the computer doesn’t handle sleep mode and shutting down very well. Half of the time I open it up I’m welcomed with the black screen warning of an improper shut down. Really? All I did was walk away for a few minutes… And of course, coming out of sleep mode – when it does work properly – forces Sprint to shut down your WiFi again and change all the 4G access settings one more time. 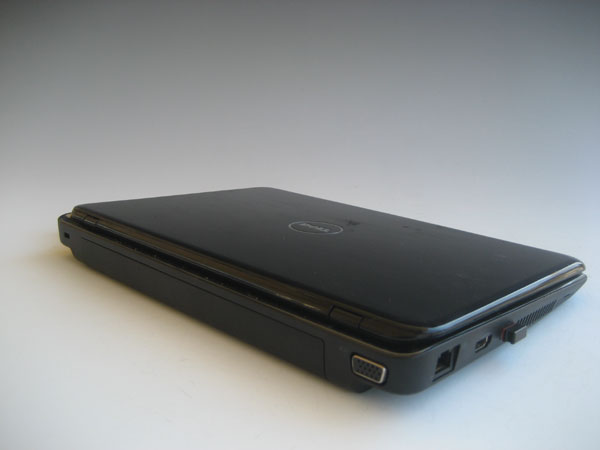 With all things considered, I can give this computer a good, solid 2 out of 5 stars. I probably would have gone with one star, but the nationwide internet connection is fairly decent and the price is hard to argue with. Unfortunately, the computer isn’t very much use for anything beyond checking emails or making text edits to websites and Word documents. Even then, it can take a good while for Office programs to load up and you can just forget about multitasking from one to the other.

And hey, if you just want to read emails on the go, why not get a smart phone? I certainly wish I had done just that!